Noel Kennedy lost her boyfriend, her job and her dignity all in one week.  Then something happened and she began to dream of this stranger she had never met.  She couldn’t resist the man of her dreams named Jared especially when she met him in real life.  Entranced, she slowly unraveled a world she was meant to stay out of.  Her life was not what she thought it was once a sexy Boone stepped into the mix and shook things up.  Can she escape a life of servitude or immortality for a chance at love?

My eyes fluttered open and I saw something magical.  I was lying on the ground next to Jared, my legs folded up, boots resting flat on the ground.  I turned my head to the side, looked into his eyes and he smiled.
All around us, the tall green grass was mixed with red tulips tinged with silver and the field was whispering in the wind.  A large white moon hung in the deep purple sky.  I turned to peer into those smoky eyes that had me at hello.
“What is this place?  It’s truly amazing.  I have never seen anything like it.”
He smiled and just answered with a simple reply, “our wonderland.”
Then I gasped as Jared entwined his hand with mine and a shooting star came into view.  The star seemed so close it appeared three-dimensional and was emitting a shower of stardust in its wake.  Shimmering embers and sparkling bits surround us as I stared in awe.

Posted by Drea Shane at 3:37 PM No comments: Links to this post

Cover reveals for Dreamwalker and Dancing with Death 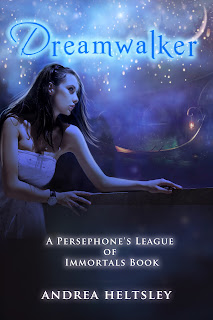 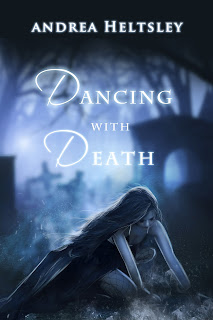 I just finished working on my cover art for the 2012 releases and am very excited to share them with you!  Dreamwalker is in it's final draft stages and is going to be released 06/10/2012.  Dancing with Death is my third book as well as a YA title.  It will be available this fall.

Posted by Drea Shane at 5:05 PM No comments: Links to this post

Publication change and update on Dreamwalker

Since publishing is going smoothly, I have decided to move up the publication date to April 10, 2012!  I am going to be publishing it as an E-book on Barnes and Noble as well as Amazon.  I am also in the final draft of Dreamwalker.  The cover is in the works right now by phatpuppyart.com and I am happy with how it is turning out.  She does a fantastic job.  I will reveal the cover as soon as I get the final version.  In other news, my YA paranormal romance- Dancing with Death- is getting close to being finished and into the rough draft stages.  I am working like crazing to get all three books published in 2012 and their sequels in 2013.

Posted by Drea Shane at 1:35 PM No comments: Links to this post

I found out today that unfortunately I will not be publishing on Itunes.  Due to some ridiculously hefty requirements, I have decided to forgo publishing with them.  Dissolve will still be available for the kindle and the nook at Amazon and Barnes and Noble.  I also put my book information on Good reads today in preparation for the release.  http://www.goodreads.com/book/show/13512759-dissolve if you want to check out my link on Good reads:^)

Posted by Drea Shane at 12:35 PM No comments: Links to this post

Yeah!! The official release date for Dissolve is set for April 4, 2012.  It should be available on Amazon, Barnes and Noble and Itunes i hope:)  i am still working out the final publishing kinks for that.  Dreamwalker (Persephone's League of Immortals) is just about finished and should be out this summer!  It is by far my favorite book that I have written and I can't wait to share it.  I am at a bit of a standstill with Dancing with Death right now.  I hoped to have it finished soon, but writer's block has prevented me from finishing the ending of it yet.  It will be available hopefully end of the year or beginning of 2013.