Book Series of the Week #9 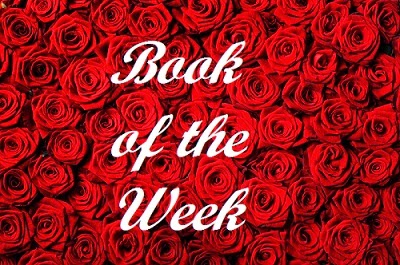 This has to be one of my all time favorite series! I adore Georgina Kincaid! If you are looking for something new to read, this is a great paranormal romance! 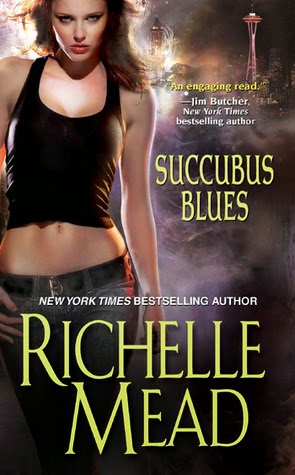 Being a succubus sounds pretty glamorous. Shape-shifting, killer wardrobe, what's not to like? But Georgina Kincaid's life is far from exotic. Her boss is a middle-management demon with a thing for John Cusack movies, and she can't have a decent date without sucking away part of the guy's life, which means her crush on sexy writer Seth Mortensen is going nowhere fast. But all of that pales in significance when an unknown entity "helpfully" begins killing her immortal adversaries. For once, all her hot charms and drop-dead one-liners won't help, because there are some creatures out there that both heaven and hell want to deny... 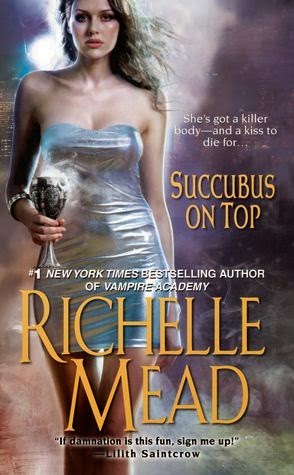 Georgina Kincaid's job sucks. Literally.
Love hurts, and no one knows it better than Georgina Kincaid. If she so much as kisses Seth Mortensen, the shy, sexy, incredibly gifted Seattle writer she's been dating, she'll drain his life force. Georgina is a succubus-a demon who draws her power from other men's pleasure. Admittedly, the shapeshifting and immortality perks are terrific, and yes, Georgina did choose to join the ranks of hell centuries ago. But it seems completely unfair that a she-demon whose purpose is seduction can't get hot and heavy with the one mortal who knows and accepts her for who she is-
It's not just her personal life that's in chaos. Doug, Georgina's co-worker at a local bookstore, has been exhibiting bizarre behavior, and Georgina suspects that something far more demonic than double espressos is at work. She could use help finding out, but Bastien, an irresistibly charming incubus and her best immortal friend, is preoccupied with corrupting an ultra-conservative talk radio star-and giving Georgina some highly distracting come-hither vibes. Georgina is going to have to work solo on this one-and fast because soon, Doug's life won't be the only one on the line- 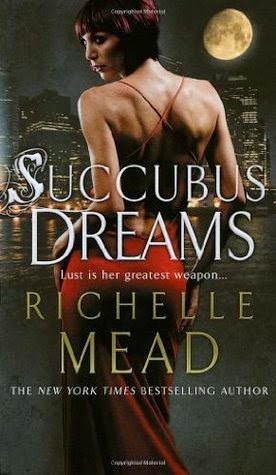 Some days, a girl just can't catch a break...especially when the girl in question is Georgina Kincaid, a shape-shifting succubus. First there's her relationship with gorgeous bestselling writer Seth Mortensen, which is unsatisfying on a number of levels. It's not just that they can't have sex in case Georgina inadvertently kills him (generally a turn-off for most guys). Lately, even spending time together is a challenge.

Then there are the dreams. Someone, or something, is preying on Georgina at night, draining her energy, and supplying eerie visions of her future. Georgina seeks answers from Dante, a dream interpreter with ties to the underworld, but his flirtatious charm only leaves her more confused. Now Georgina faces a double challenge - rein in her out-of-control love life, and go toe-to-toe with an enemy capable of wreaking serious havoc among mankind. Otherwise, Georgina, and the entire mortal world, may never sleep easy again. 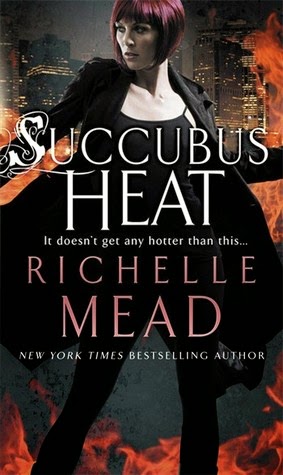 Georgina Kincaid has been a bad, bad succubus. . .

. . .which should be a good thing. But lately, thanks to her foul mood over breaking up with bestselling writer Seth Mortensen, she's been so wicked that Seattle's über-demon Jerome, decides to "outsource " Georgina to a rival—and have her spy for him in the process.

Being exiled to the frozen north—okay, Vancouver—and leaving Seth in the cozy clutches of his new girlfriend is unpleasant enough. Then Jerome is kidnapped, and all immortals under his control mysteriously lose their powers. One bright spot: with her life-sucking ability gone, there's nothing to keep Georgina from getting down and dirty with Seth—nothing apart from his girlfriend that is. Now, as the supernatural population starts turning on itself, a newly mortal Georgina must rescue her boss and figure out who's been playing them—or all hell will break loose. . . 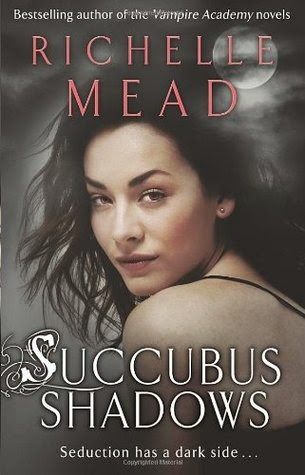 Georgina Kincaid has formidable powers. Immortality, seduction, shape-shifting into any human form she desires, walking in heels that would cripple mere mortals child's play to a succubus like her.

Helping to plan her ex-boyfriend s wedding is a different story. Georgina isn't sure which is worse that he's marrying another woman or that she's having to run around trying on bridesmaid dresses. Still, there are distractions. Thanks to her roommate, her apartment's crackling with sexual tension plus there's Simone, the new succubus in town who seems intent on corrupting Georgina's soon-to-be-wed ex.

But the real danger lies in the mysterious force that's taken to visiting Georgina's thoughts. It s trying to draw her into a dark, frightening, otherworldly realm and there's going to come a point when she won't be able to resist. And when that happens, she's going to discover who she can trust, who she can't and that there are far worse places than Hell in which to spend eternity... 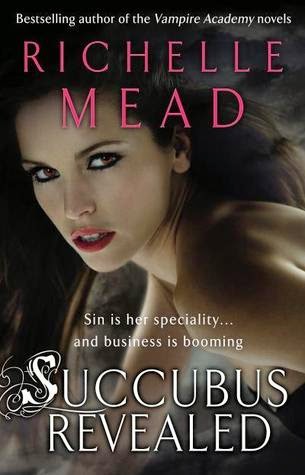 Georgina Kincaid has had an eternity to figure out the opposite sex, but sometimes they still surprise her. Take Seth Mortensen. The man has risked his soul to become Georgina's boyfriend. Still, with Lucifer for a boss, Georgina can't just hang up her killer heels and settle down to domestic bliss. In fact, she's being forced to transfer operations...to Las Vegas.

The City of Sin is a dream gig for a succubus, but Georgina's allies are suspicious. Why are the powers-that-be so eager to get her away from Seattle - and from Seth? Georgina is one of Hell's most valuable assets, but if there's any way out of the succubus business she plans to take it - no matter how much roadkill she leaves behind. She just hopes the casualties won't include the one man she's risking everything for...