Review of Witch Way Bends and Excerpt of Bitten Shame 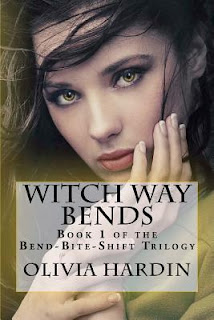 Devan Stowe is a woman on a quest. She has only one thing on her mind when she teams up with Kent Crosby and his associates—putting an end to her father’s child trafficking business. Her determination takes her on a journey to discover her true strength and… the one man she was destined to love. In his arms, she’ll learn the meaning of trust, honor, and courage. Old friends and new will come together to help Devan unlock an amazing gift that will free her from her past and open up a future full of magic, faeries and more things than she ever imagined possible.

I got this book as a kindle freebie on Amazon.  It sat on my shelf for a while until one day I came across it and decided to finally pick it up.  Yeah, so I am glad I did.

*Kent* *sigh* You've gotta appreciate a sexy guy in any book.  To be a fly on the wall in many scenes of this book, I would love to be.  I liked his character and his part of the story that unfolded as the book continued.

I was a little sad that Devan jumped so headfirst into everything that was thrown at her.  She was just too accepting of all the life altering changes that went on.  Devan was adaptable yes, but also a little suicidal in my opinion.

The plot to the book was fast paced and enjoyable.  I never felt like the story lagged at any point.  I read this book in a day.  The storyline was fresh and I loved the inclusion of all the different types of magical creatures.  There were fairies, vampires, witches and bad guys selling people.  What more could you want in your characters?

This was a great adult paranormal read.  I would recommend it to all lovers of this genre.  Because it's made with awesome sauce, I give it four glittery stars:)


Buy it here on Amazon

Buy it here on Barnes and Noble 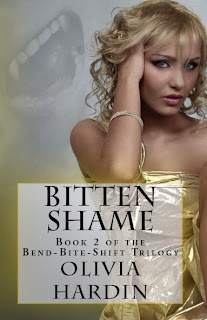 Jill Prescott returned from self-imposed seclusion to help save her best friend Devan’s life. Throwing herself into Devan’s problems and bringing an evil organization to its knees might just be the distraction she needs to keep living without the only man she’s ever loved. Her life changed forever when she was hired to spend a week with Doc Massey. On the day she became a vampire her youthful innocence ended, but Doc’s love rescued her from being consumed by the darkness. The shadow of that former life continues to loom over her, keeping her from realizing her own self-worth. Running from her past only brings her closer to a destiny that is inextricably connected to what she is trying to escape… Every gift has both a reward and a price, because All of it fits…


“Wow!” Jill gasped when the box began to hum and vibrate the closer they got to it. When Devan’s fingers tentatively reached out and touched the wood a blue light began to emit from under the lid, flashing out on all sides in laser-like fashion.


Eden Stowe shuffled forward as if mesmerized. Devan caressed the top of the trunk with the tips of her fingers, feeling each inch of the ornate lid. When she slid her fingers under the rim of the trunk it easily lifted . The old man gasped when the trunk opened for Devan and tried to shove both women aside to get inside the trunk first. A flash of blue lightening sparked from inside the chest, knocking him back onto his rear end with a thump Jill was as shocked as he was but couldn’t help the nervous laugh that welled up in her throat. “Quite a shock, eh Eden?” she chuckled, and placed her hand on Devan’s shoulder.
“What are you?” he demanded of Devan. “They said you were a witch, but– how?”
Devan shook her head and turned away from him to look down at the opened trunk. “The how doesn’t matter now. The Org is finished. And so are you”
“What’re you gonna do to him?” Jill whispered.
“Do you have a suggestion?” Devan cut her eyes over her shoulder to look at her friend.
“I might have an idea. Yeah, maybe I do. But for now let’s have a look at your trunk.”
The old man began sputtering again, struggling to get up. For effect the blonde bared her fangs at him, then giggled when his lips pursed into a tight, white line. His eyes narrowed and a twitch appeared at the corner of his mouth. Jill thought he was probably trying to formulate some sort of plan to get himself out of the bind in which he found himself. He eyed the door to the attic like a caged animal looking for an exit.

Buy it here on Amazon

Buy it here on Barnes and Noble