I'm so excited to read this serial! It sounds so cute! I've only read a few of these authors, but each edition sounds intriguing. I already purchased the free prequel, The Fortune Teller Edition! 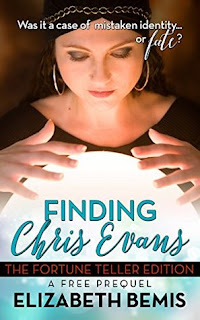 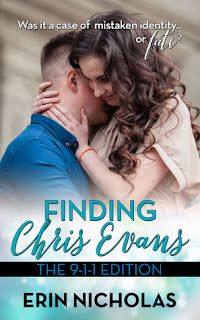 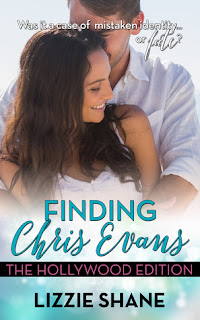 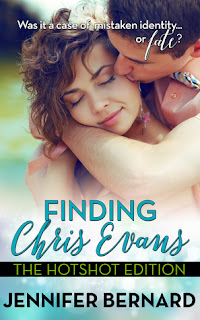 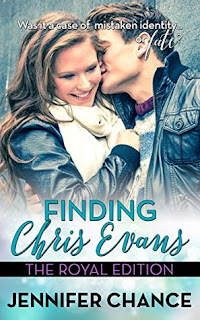 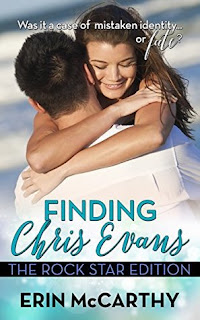 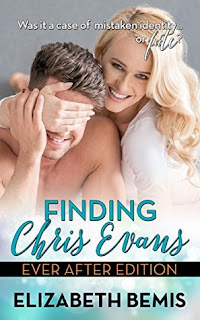 In a small town in northern Minnesota, Ellie Mittelstadt goes to a psychic where she receives this prediction: if she finds a man named Chris Evans, true love will follow...

Only one problem: Even in the tiny town of Haralson, Minnesota, there are six Chris Evanses!

The Fortune Teller Edition Prequel
Elizabeth Bemis
Elizabeth Danforth, or Madame Esmerelda to her clients, and Aunt Izzy to her family, has run the carnival fortune-telling circuit long enough to know sometimes, fate needs a little nudge. After tragedy struck years ago, she waited too long to ask the universe to bring love back into her life. She’s determined not to let others make the same mistake.

When her travels take her to Haralson, Minnesota, though, she’s surprised by a visit from her nephew Christopher Evans, a widowed pediatric physician. Izzy’s heart breaks when she sees the sadness Chris still carries years after his wife’s passing. Surely there’s something she can do?

Then her next client buzzes in, bright and full of joy, and Izzy hatches a plan. Ellie Mittelstadt is looking for romance, and the universe owes Izzy a favor. She intones her fateful prediction as she lifts her hands over her crystal ball…

“When you find Chris Evans, true love will follow…”

Then she sees not only her beloved nephew Chris swirling in the mist of her visions…but five others! How will Ellie find the right one?

Fortunately, fate has its own plans. With laughter, luck and a little bit of magic, true love’s now on the job of Finding Chris Evans.


In Finding Chris Evans: the 9-1-1 Edition, Chris Evans, aka Captain America to his co-workers, knows what he wants: to lead the best EMT crew around, save lives…and have everything done his way. He’s learned firsthand what can happen when he’s not hyper-vigilant, so running the show has become his superpower.


When Britt gets hurt on the job and temporarily loses use of her thumb, she needs someone to be her left-hand man. Chris, ever the hero, volunteers. Little does he know that Britt’s passion for fun masks a need to care for others that rivals his own. And that now the woman who’s been driving him crazy at work is about to drive him even crazier—in her kitchen, in her bedroom, and on a paint ball field.


Forget the Friend Zone. Chris is about to enter the Fun Zone. Because sometimes even a superhero can’t help but fall in love.


In Finding Chris Evans: Hollywood Edition, Trina Mitchell finally has her life back on track. Fully focused on her first semester of med school, she isn't looking for the love of her life. But a little no-strings fling with hunky contractor Christian Evans? Now that feels like a gift from the gods. Until she learns her humble contractor is actually the star of a popular home improvement show--and completely out of her league.

Chris has been building his brand as a celebrity contractor and he''s this close to all that hard work paying off in the form of a big primetime gig, but only if he carefully protects his image as a TV heartthrob--which means absolutely no romantic complications allowed. Not even the one girl he can't seem to get out of his mind.


Love is a distraction neither of them has time for, but when Trina learns their one magical night together is going to have some very real consequences--in around nine months--she needs to find Chris again, stat.


In love and renovations, nothing ever goes as planned. But with a little help from fate, this might just be the perfect time to build their happy ever after.


Jenna Mittelstadt has never forgotten the boy who wrote her a letter every week starting at the age of ten. But it’s been years since she stood him up on their first—and only—attempt to meet face to face. Her world fell apart that day, and she never told him why.

So when her sister Ellie drags Jenna to a pancake breakfast honoring firefighters who’ve been working the Northern Minnesota wildfires, she doesn’t expect to run into a sexy, smoking-hot fireman wearing the friendship bracelet she made all those years ago.


Chris (Kit) Evans spends his summers battling fires, but there’s no fighting the instant heat between him and his childhood pen pal. He was crushed when she suddenly disappeared into thin air eight years ago… and finally meeting her seems like a miracle.


Unfortunately, Jenna can’t get past the tragedy that took all the adventure out of her, while Chris can’t bear to see her drift through life another moment. So now the blaze-fighting expert must do everything he can to make Jenna catch fire…for her hopes, her dreams…and maybe even for him.


The fire season may be almost over, but sparks are about to fly…


In Finding Chris Evans: The Royal Edition, LeeAnn Werth has done everything she must to keep the Werth Inn running strong, including putting aside her dreams of flying away from her tiny north woods town.

But at least this summer, the world has come to her. A mysterious foreign businessman has checked in for some serious R&R, and while LeeAnn knows Cris Evans can’t be the man’s real name, she’s fiercely dedicated to her guests’ privacy. Especially the incredibly gorgeous ones.


For international soccer bad boy Cristopoulis Matretti, Haralson, Minnesota is the perfect hideout. No one here knows he’s embarrassed his native Garronia by punching out his coach… and no one suspects his aunt is a queen. But when a local girl’s unexpected visit sends his bodyguards into an uproar, Cris realizes he must flee again—just when he’s finally getting to know the inn’s dreamy-eyed, hard-working owner. Still, maybe he doesn’t have to leave immediately…


LeeAnn’s not prepared for Cris’s sudden attention, and her defenses go up even as her heart begins to dance. Consorting with guests who make her long for adventure is something a responsible innkeeper simply does not do.


…If only Cristopoulis had ever learned to play by the rules.


In a small town in northern Minnesota, Ellie Middlestat goes to a psychic where she receives this prediction: if she finds a man named Chris Evans, true love will follow...

Only one problem: Even in the tiny town of Haralson, Minnesota, there are six Chris Evanses!


In Finding Chris Evans: The Rockstar Edition from her Princess Leia buns to her color-coordinated lightsaber, cosplay-loving Harper Harrison is all about low-stress fun. So when her BFF Ellie invites her to a rock concert she’s all in… right up until Ellie unexpectedly rushes the stage and Harper ends up with a broken arm, courtesy of a security guard built like a Tauntaun.


What could be worse? How about the rock god showing up in the ER?


After a woman breaks her arm at his concert, Chris “Stryker” Evans knows it’s past time for him to reform his bad boy image. Step one: visit the hospital and apologize to the fan. Only then he meets Harper, the self-proclaimed nerd, and hears her laughter and sees her banging curves. Suddenly, an apology isn’t the only thing he wants to give her.


Harper refuses to drop her shields around Stryker, even though he sets her over-active imagination on fire. But when Stryker finds himself falling for this fascinating, funny, down-to-earth woman, he realizes that life beyond the bright lights could hold a galaxy of possibilities. So he hits on a plan to show Harper how he really feels for her…


Sometimes, when you least expect it, love becomes the most powerful force of all.

The Ever After Edition
Elizabeth Bemis


Worried by an unexpected increase in her caseload, social worker Ellie Mittelstadt is looking for anything to make her smile. When she stops in a fortune teller’s tent at the Haralson Fall Festival, however, she never expects the psychic to predict she’ll fall in love—and with a man named “Chris Evans.” What are the odds?


Worse, she quickly discovers five Chris Evanses in Haralson, which means Ellie can only determine her perfect match via bold—and occasionally hysterical—trial and error. Still, she can’t help wonder…what if?


Dr. John Christopher Evans is new to Haralson, and it’s been a challenging first week. He has a hospital administrator who can’t read his handwriting and business cards and ID badge that read Dr. John Enars, and his first patient is a young boy with an illness that defies diagnosis. The only person keeping the child company is his social worker, Ellie—who instantly charms John with her gentle smile and generous heart. If he had any game, he’d ask her out…but after mourning his late wife for the past couple of years then getting so caught up in his work, he doesn’t even know where to begin.


Ellie’s campaign for true love is going nowhere fast, but at least she’s distracted with her newest charge—and his strong, caring physician “Dr. John”, who’d be perfect except he’s not Chris Evans…and he’s still wearing a wedding band. How in the world will she ever find romance when she can’t stop thinking about Mr. Wrong?


Fortunately for Ellie, fate has things well in hand…


What are you waiting on this week?