Review of Turn of the Moon by L.P. Dover 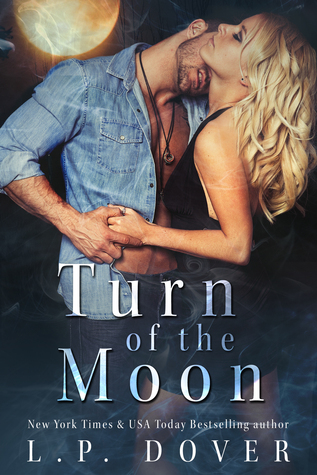 Turn of the Moon


One girl. Two wolves. Promised to one. Destined for the other.

To escape the cruel, overbearing, Kade, the Yukon Pack alpha she’s been promised to, Bailey Whitehill flees her home in search of a new life, one of freedom where she can make her own choices. However, Kade will stop at nothing to make her his and begins the hunt.

As Bailey starts her new life, everything she’s known to be true, is not. Time is of the essence and choices have to be made or consequences suffered. Not only does Bailey fear Kade, but another danger lurks deep in the recesses of the forest. Unbeknownst to her, that danger is what she’s been searching for all along. At the turn of the moon, her fate hangs in the balance . . . and it’s up to her to make the right choice.

Review:
This book was a surprise for me. I know how talented L.P. Dover is, as I've read her previously.
Most shifter books I've gotten my hands on, have varied from terrible, predictable, to good, and awesome! Turn of the Moon was awesome!
I loved this book! The characters were great. I really liked Bailey. She kicked ass and didn't think twice. She was determined, heroic, and didn't let anyone take advantage of her.
True mates happens to be one of the best type of shifter books. This one was written to perfection. The romance was sweet and steamy too.
Kade and Maret made great villains. I enjoyed the way they were weaved into the plot.
The storyline was excellent and I wasn't bored at all. The pacing was smooth and kept my attention.
Overall, this book deserves five glittery stars. It was a great shifter book and I look forward to anything paranormal that L.P. Dover writes in the future. 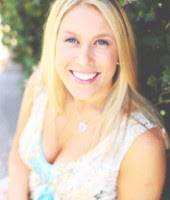 New York Times and USA Today Bestselling author, L.P. Dover, is a southern belle residing in North Carolina along with her husband and two beautiful girls. Before she even began her literary journey she worked in Periodontics enjoying the wonderment of dental surgeries.
Not only does she love to write, but she loves to play tennis, go on mountain hikes, white water rafting, and you can’t forget the passion for singing. Her two number one fans expect a concert each and every night before bedtime and those songs usually consist of Christmas carols.
Aside from being a wife and mother, L.P. Dover has written over nine novels including her Forever Fae series, the Second Chances series, and her standalone novel, Love, Lies, and Deception. Her favorite genre to read is romantic suspense and she also loves writing it. However, if she had to choose a setting to live in it would have to be with her faeries in the Land of the Fae.
L.P. Dover is represented by Marisa Corvisiero of Corvisiero Literary Agency.