Book: Season of the Witch 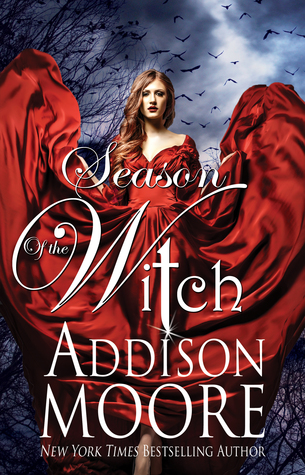 *This can be read as a standalone novel. You do not need to have read the Celestra series to enjoy this. This is a prequel to Ezrina's story in the bestselling Celestra Series.
Ezrina’s story
1692 Salem, Massachusetts
Heathcliff O’Hare has always had a heart for Ezrina MacHatter.
When hundreds of young girls from the Celestra faction are snatched up by the magistrate as witches, Ezrina realizes that the Nephilim are in grave danger. Someone, or some other faction, is bent on destroying her people.
As obnoxious as Ezrina finds Heathcliff, his help is needed to infiltrate the wicked Counts to uncover their sinister plans.
As Ezrina and Heathcliff grow closer, the woman who has laid claim to Heathcliff becomes more dangerous. Giving her heart to Heathcliff puts Ezrina’s family in peril in ways that she could never imagine. But Ezrina is determined to put her people, her faction, and her heart first.
This is the season of her retribution.

This is the season of the witch.

Why am I waiting on this book? BECAUSE . . . This is an Addison Moore book! This is a Celestra book from the fantastic series! We finally get to find out about Ezrina and Nev's story!

What are you waiting on?