I really like the Strange Angels series, but I'm not really familiar with her other books. This one looks interesting. The whole supernatural thriller aspect has me hoping it's as good as it sounds. Already pre-ordered too! 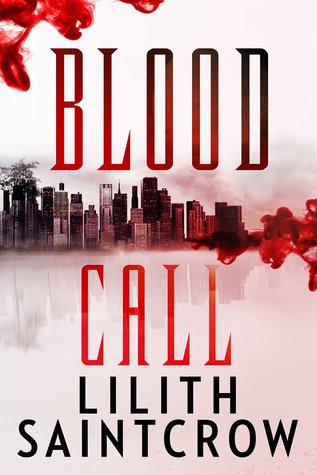 Anna Caldwell has spent the last few days in a blur. She's seen her brother's dead body, witnessed the shooting of innocent civilians, and been shot at herself. Now she has nowhere to turn—and only one person she can possibly call.

Since Anna dumped him, it seems waiting is all Josiah Wolfe has done. Now, she's calling, and she needs his help—or rather, the "talents" she once ran away from. As a liquidation agent, Josiah knows everything about getting out of tough situations. He'll get whatever she's carrying to the proper authorities, then settle down to making sure she doesn't leave him again.

But the story Anna's stumbled into is far bigger than even Josiah suspects. Anna wants to survive, Josiah wants Anna back, and the powerful people chasing her want the only thing worth killing for—immortality. An ancient evil has been trapped, a woman is in danger, and the world is going to see just how far a liquidation agent will go...