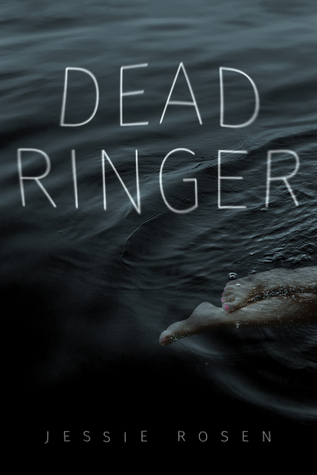 From the moment Laura Rivers steps foot into Englewood High, she notices the stares—and they aren’t the typical once-overs every pretty new girl endures. The students seem confused and…spooked. Whispers echoing through the halls confirm that something is seriously off. “That new girl looks just like her,” they say.
It turns out Laura has a doppelgänger, and it isn't just anyone—it's Sarah Castro-Tanner, the girl who killed herself by jumping into the Navasink River one year ago.
Laura is determined not to let the gossip ruin her chances of making a fresh start. Thanks to her charming personality and California tan, she catches the eye of Englewood’s undisputed golden boy, Charlie Sanders, and it’s only a matter of time before they make their relationship official.
But something is making Charlie and his friends paranoid—and Laura soon discovers it has to do with Sarah Castro-Tanner.
What really happened to Sarah? Why is Charlie unraveling? And how does Laura Rivers fit into it all?
After all, she’s the dead ringer for a dead girl.
Review:
When I read the description for this young adult thriller, I knew I had to get my hands on it! The whole concept sounded incredibly intriguing. Here are my thoughts:
First 25% of the book:
I was hooked! It was so interesting. Learning the characters and trying to figure out how they fit into the plot kept me glued to the pages.
I mean, two girls that looked alike? Eerie, especially when one of them is dead. There is a teenage hacker, a mystery person with their own need for revenge, and a group of four that appear mighty suspicious.
This book was a cross between I Know What You Did Last Summer and Pretty Little Liars. I loved unraveling the mystery.
Next 50% of the book:
The characters were slowly being exposed. The storyline started to make sense. Some of the mysteries were genius. Then, there is one big problem in the plot. One characters POV, just drastically changed. I understand this is a mystery book, but they acted so unaware of everything and thought there was suspicious, of certain people themselves. Yet, suddenly, once her place in the story was revealed, they suddenly knew everything. It was actually a little jarring.
Last 25% of the book:
Everything was starting to make sense and I was looking forward to seeing what kind of resolution would tie the plot up. As the end neared, it became apparent, the end would not be resolved. The book ended, just not in a way that satisfied me.
Overall:
This was an okay book. It would have been better if the ending was different, though. As far as I know, there may or may not be a sequel, the author has not made any comment pointing to one or the other. It really needs one. There were characters that were introduced late in the book, that needed a bigger role.
This ya thriller gets three glittery stars for being a good read.

Add it to your Goodreads list
Pre-order on Amazon
Curious about Laura Rivers and her story? Read an excerpt from DEAD RINGER and find out more about author Jessie Rosen on fullfathomfive.com. 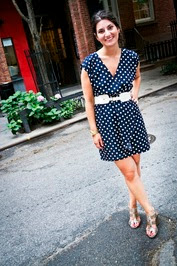 Jessie Rosen is a writer, producer, and performer. She grew up in New Jersey, attended
Boston College in Massachusetts, and began her writing career in New York. Her livestorytelling series Sunday Night Sex Talk has received national attention. She wasnamed one of “The 25 Best Bloggers, 2013 Edition” by TIME magazine for her blog 20-Nothings, which was also named in “The 100 Best Websites for Women” and “The Top10 Best Websites for Millennial Women” in 2013 by Forbes.Rosen is the oldest of four girls, which gives her a special window into the mindsof teenagers. She now lives in Los Angeles, where she’s working on film and televisionprojects, as well as her next novel. 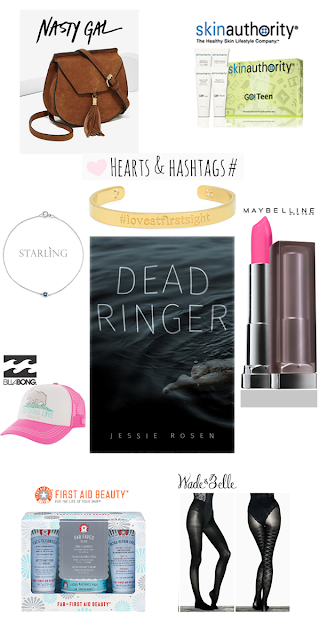 Jessie Rosen’s debut novel DEAD RINGER is here, and so is Laura Rivers, new girl at Englewood High School. In DEAD RINGER, Laura wants to start the school year with a splash and bring some fun to her new life on the East Coast, but is stopped short by the rumors flying around—rumors about how she’s the uncanny doppelgänger of the school’s most famous suicide victim: Sarah Castro-Tanner.

Regardless, Laura is determined to shake off the weird stares and make a stunning first impression. How? Bright colors, cool accessories, fresh beauty favorites, and a killer attitude.

In honor of Laura Rivers and DEAD RINGER, Full Fathom Five Digital is giving away a fabulous pack of prizes designed to give you the Cali-girl look you’ve been dreaming of. Three winners will walk away with Laura Rivers-inspired prizes that, altogether, value at over $400!

How do you win, you ask? Just enter using any (or all) of the methods listed in the Rafflecopter below. The more ways you enter, the higher your chances of winning the CALI-STLYE SWAG BAG Grand Prize!

- One (1) cuff bracelet inscribed with #SWAG from Hearts&Hashtags – in honor of Laura’s mantra during her first day of school at Englewood High (“It’s all about swag.”)

- One (1) “Go Teen” Skin Authority Kit – which Laura would use to maintain her perfect, sunkissed, Cali complexion

ONE (1) GRAND PRIZE WINNER will receive:

- One (1) trendy, vintage-inspired Nasty Gal bag – just like Laura would carry at school or bring on a date with Charlie

- One (1) olive-sapphire bracelet in white-gold, provided by Starling Jewelry – blue to match the bluer of Laura’s different-colored eyes

- all of the beauty- and fashion-related goodies listed above!