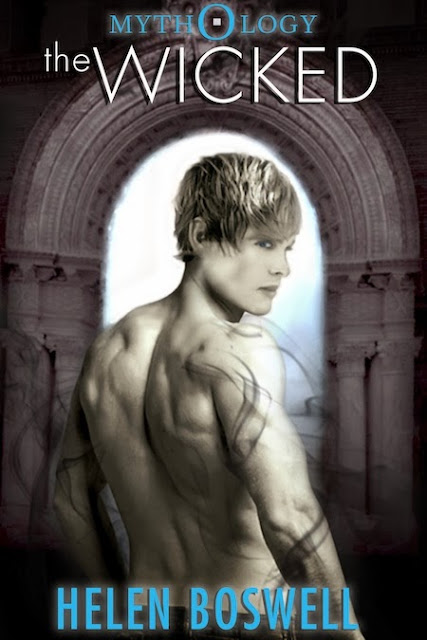 A demon with a pure heart, Micah Condie lives his life by a code of ethics, but breaking that code may be the only way for him to survive. A supernatural entity in her own right, Hope Gentry would do anything in her power to protect her loved ones, but she may be the one who puts them in peril.

When the Demon Impiorum challenges the laws that keep guardians and demons in balance, ancient enforcers of justice intervene. Micah, Hope, and their mentor Jonathan become entangled in a conspiracy that will test even the deepest love and trust.

Someone will enter THE WICKED.

Kobo: http://store.kobobooks.com/en-US/ebook/mythology-the-wicked
ADD IT ON GOODREADS.

“Right now I need you to measure souls like a guardian.”
I’ve done it lots of times before. It was one of the first things that Jonathan taught me to do after I transformed, and it has always come relatively easily to me.
Glad to give my attention to something else, I concentrate until I feel crackly dry heat right behind my eyes. Jonathan once told me that every guardian perceives a soul’s state a little differently; the way I see it is in the whites of someone’s eyes. Through experimentation and comparison, we determined that white means a healthy or “intact” soul while damage to me looks like jaundice of varying degrees.
Jonathan clears his throat, and when I look over at him, he makes a gesture with his hand. Like he’s waving me out there.
“What?” I say, my eyes widening.
“Pick one of them to save and cast your protection.”
My glance sweeps through the mourners again before coming to rest back on Jonathan. “You’re serious?”
“Perfectly,” he says patiently. “Choose one.”
He rests his elbows on his knees and looks down at his clasped hands. Apparently, today’s lesson starts now.
I get up and move away from him, weaving through the people who are mingling in the reception area and some who have already migrated into the chapel. He wants me to “choose one,” huh? 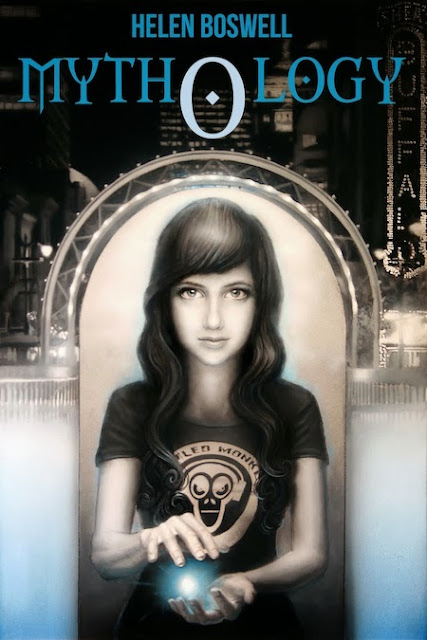 Hope Gentry doesn’t believe in Fate. Born with an unusual power to see the dark memories of those around her, Hope just wants to be a normal teenager. But on the first day of her senior year of high school, she finds herself irresistibly drawn to a transfer student named Micah Condie. At first glance, Micah seems like a boy that most girls would dream about. But when Hope's powers allow her to discover Micah's darkest secret, she quickly becomes entangled in the lives of mythical entities she never dreamed existed. Was this her destiny all along? And will her powers help her survive the evil of the Demon Impiorum?
Mythology isn’t just for English class anymore. 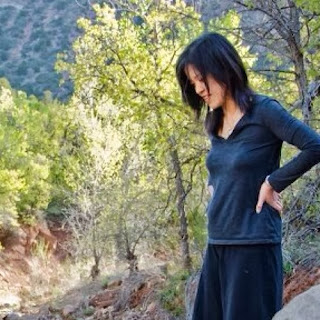 Originally from upstate New York, Helen Boswell spent several years of her early adult life tromping around in the city of Buffalo with frequent trips to Toronto, Canada. These two cities in particular serve as inspirational settings for her urban fantasies, and while Helen has since moved to live in the southwestern United States, she will have fond memories of urban life and high-heeled sneakers for all eternity.
Helen earned her Ph.D. in Biological Sciences from the University at Buffalo and dedicates her time to teaching biology and other fun things to college students, spending time with her wonderful family, and eating chocolate while writing.
The YA urban fantasy MYTHOLOGY is her first novel and the first one in the Mythology Series.
Find out more about Helen at http://www.helenboswell.com.

Want to become a character in Book Three or win other cool prizes?
ENTER THE INTERNATIONAL GIVEAWAY!!!